I’ve always thought I would enjoy farming, but you have to try something to know for sure. This is my first time doing any farming beyond the backyard…and I have to say I am pleased!  I’ve learned a lot so far from everyone. The entire team at Civic Works’ Real Food Farm is awesome, and I think it’s kind of magical that the farm is what brought everybody together. One of my favorite things about working at the farm is simply being outside all day: there’s fresh air, useful weeds to get to know….and lots of bugs.

The first bug I noticed on the farm was a harlequin bug, which makes sense since they are pretty easy to spot. “What’s this Orioles bug?” I said, intrigued by its black and orange markings, vibrant against the deep green of Toscano kale. I was quickly informed that they are awful (they can destroy whole crops!), and that I should always kill them on sight. Kind of strange to squish something so pretty, but I felt a sense of duty in doing so. (It turns out their insides are a yellowish lime green!)

Some others insects I’ve seen that damage crops are Japanese beetles, flea beatles (photo: left – very small!), yellow-spotted and yellow-striped cucumber beetles, cabbage loopers, and oriental beetles (photo: below, on the right), which have three-prong antennae! One day in a tunnel, I found two of the biggest slugs I had ever seen: they were leopard slugs almost as big as my hand! That led to research on their mating ritual, which involves a hidden-behind-the-ear organ. Pretty astonishing!

Unless you catch a bug in the act (for example, when it’s already halfway through a strawberry) it’s hard to know what each and every bug is up to. After running into a bunch of light red beetles with black spots, I was worried that they were some kind of false ladybug that might decimate our plants. So I decided to do a little research. The internet revealed that these were in fact spotted lady beetles, basically just cousins to the classic aphid-eating ladybug, and therefore beneficial. How excellent! (I also found out that day what ladybug larvae look like, which is almost unbelievable. I hadn’t realized until that point that most of these bugs have at least two life stages!) Another beneficial insect is the soldier beetle (photo: left – the large orangey one!), which unfortunately does not combat with other bugs except in its larval stage, but is an excellent pollinator as an adult. Beneficial bugs are of course the most thrilling to find. Others include predatory wasps, bees, lots of spiders, and another type of soldier bug I’m looking forward to spotting.

There are also a bunch of bugs just hanging around that aren’t explicitly beneficial or harmful. In the end, these bugs prove beneficial because they make snacks for birds and other bugs and increase the diversity of life on the farm. They also function as a source of fun for me, and sometimes even a source of beauty. Like fireflies! Fireflies don’t really eat as adults (though the larvae are carnivorous), so they do inflict crop damage. And although most of the beds are prepared at this point so we’re not seeing too much exposed soil life, there’s a lot going on in there, too. We do still see sowbugs and pillbugs, which are actually “terrestrial crustaceans” with gills! And I can’t get started on worms as there’s just too much to say and learn that I don’t know yet. (Maybe for another post!) I hope I’ve spread a little entomology enthusiasm, and look forward to identifying new bugs as the summer continues, and of course, doing my duty to squash the bad ones. 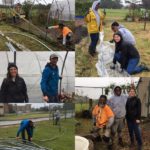 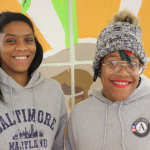 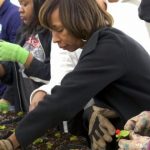 In Baltimore and Washington, D.C., fresh thinking about food